None of the previous biologists clearly explained my ideas. They came very close to them, though. They probably took them for granted.

The world of biologists is very broad and in continuous specialization. Mayr has already talked about it and the reductionism it produces. I have now looked at the Wikipedia page and there are 36 branches of biology censused, many of them subdivided in turn into others.

To illustrate this comment, I quote some branches that may have more relation with our questions: anthropology, ecology, ethology, phylogeny, genetics, paleontology taxonomy, zoology. But almost all of them are in turn very subdivided and it is very difficult to find biologists who are able to "see" our ideas. In general they take them for granted since they work with individual organisms, or with their parts, or with partial collectives. And the causes of the behavior of the species they study are not questioned. Or they don't even see the species as a subject.

With all this it is difficult to know if any of the current biologists have "seen" our basic idea, although I am sure that many of them take it for granted. You can see it in the language. As much as I have already read, everyone uses the term man, with small ‘m’, to refer indistinctly to the individual man and the species Man. We must deduce who they refer to by context. And the same with animals.

In any case, it has made me very happy to meet recently several modern biologists who have explained the basis of my ideas. 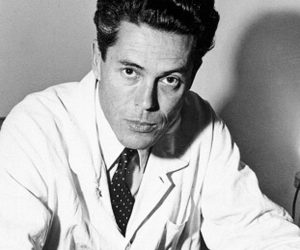 Biologist. 1965 Physiology and Medicine Nobel Prize. In his work "Chance and Necessity", Seuil, 1970, he says:

"All the functional adaptations of living beings, as well as all the artefacts configured by them, fulfil particular projects that can be considered as aspects or fragments of a unique primitive project, which is the the conservation and multiplication of the species"."

“It is necessary to insist on the fact that it is not only about the activities directly linked to the reproduction itself, but of all who contribute, even very indirectly, the survival and multiplication of the species" 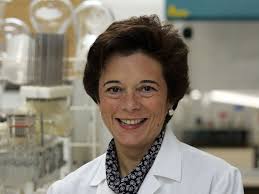 Dr. López-Moratalla is a biologist, a specialist in biochemistry and molecular biology. In "Questions about human evolution", EUNSA, 2008, says:

"The unitary vital principle of each of the living causes efficiently an organism which in the case of animals is intrinsically aimed at living and transmitting life so that the species is maintained." (my italics)

And in “Artificial intelligence, artificial consciousness?”, Digital Reasons, 2017, she says: 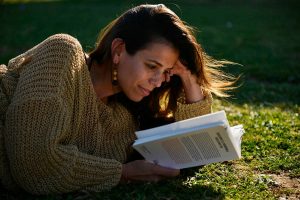 She is a young biologist and scientific communicator. In the introduction to "Adaptarse o morir” (Adapt or Die), Paidós, March 2019, she says:

"Just as a gazelle flees without a second thought in the presence of a lioness, we humans are also animal beings who instinctively respond to wanting to live and survive our own threats, reach reproductive age, create a new generation and perpetuate our species. This sums it all up.

Is this the true meaning of our existence? It could be posed as one of the most important philosophical questions of humanity, although from a biological point of view, the answer is frightening because of its apparent simplicity: yes".

Considerations on the above

In my first notes of 1985 and 2000 on the basic idea (see Supervivir P. 302 to 313) I intuitively considered the species as the subject of the vital imperative of survival. In Survival and Altruism, I try to justify this idea and dedicate pages 34 to 42 to the species as a subject, both active and beneficiary, whose purpose is to try to fulfill the objective of survival.

The commented texts of Dobzhansky, Mayr and Gould confirmed my idea that species, at least the biological and real ones, are evolutionary units. And the most recent readings cited in this section confirm my idea that living beings have as a "unique primitive project", intrinsic purpose, or existential sense, the survival of their species.

I usually give the examples of the Police as a group composed of policemen, and the policemen and their groups, who represent and "are" the Police. Or football teams, or any company or organization. The "constructs" of Harari, which in the case of biological species are current, real, natural, self-constructed by their first components and maintained by those existing at all times.

The species, as biological units, are entities "built" by the living beings to facilitate their own living beings their survival and iterative reproduction. And the living and surviving of the individual living beings supposes the survival of the species. I think the two senses in which the concept of species "works" as the subject of the vital imperative of survival are clear. Clarifying also that the objective is the survival of living beings, life bearers, who compose the species at any time, although for this to survive must become, all or part, in another or other species or entities. Entities that, it is to be supposed, would also have the purpose of their individuals surviving and reproducing iteratively.

With the above, I believe that the concept of species and its double use in the basic idea is clear. Some philosophers have doubts about the concept of purpose. With the idea of whether the species as a unit can be subject to obligations. Or what is the same if it can have an objective or purpose. I declare myself incapable of using the specific methods and languages of professional philosophers. But in my profane language, and using my multidisciplinary knowledge, I believe that from the common and universal behavior of all the known biological species, and of all the living beings that compose them, it can be induced or deduced that there exists a common cause or purpose to all and all of them: the conservation and transmission of life, being the species a means or instrument whose purpose is the very survival by means of the iterative reproduction of the organisms that compose it. And this purpose is implicit in the information of all the individuals of the species. And therefore it is an end of the whole species. Another thing is how, each species, has tried and try (the living ones) to fulfill that purpose. But much is already known about this.

A problem that arises in exposing my basic idea is the refusal to consider that the vital sense of our life is the same as that of any other living being. From birth we have the duty to try to fulfill the vital imperative implicit in our genome. Like all other living beings, from bacteria to elephants. An imperative that, as Evelyn Segura says, consists of living and procreating a new generation in order to perpetuate our species. And that's all there is to it. This "that's all" naturalistic is little or a lot depending on how you look at it. Each person is unrepeatable, we are a link in the web of life. While we live we make life go on. And that individual living can be in many ways. The sages and saints (lay and religious) know it well. They live and love their neighbors and with it they fulfill the vital imperative and they are happy.

Much has been said and written about the meaning of life and how to be happy. It is very simple: accept with humility our vital obligation and exercise it with love. Without renouncing, whoever wants, any other possible spiritual or transcendent objective. I recommend reading the Tasks for everyoneAnd I believe that the best formula is to try to be healthier, wiser, holier, more solvent, and more smiling. And with it, we will honor the dignity of human person that we have.